Keep informed about everything you need to know regarding integral risk management and ML/TF fraud prevention.

Check out the upcoming events and keep up with us.

Keep informed about everything you need to know regarding integral risk management and ML/TF fraud prevention.

Check out the upcoming events and keep up with us. One of the oldest banks in the world and the largest in the United States has been involved in various legal proceedings due to its poor risk management.

For financial institutions, reputation is one of the most important factors, because it defines them, keeps them in the market and enables them to reach new customers.

In the case of JP Morgan Chase Bank, speculative, market, financial and legal risks have blemished the organization's image, which has led to a decrease in its assets and a loss of confidence on the part of its customers and investors.

The magnitude of the cases of financial fraud related to this bank has been echoed all over the world, from Argentina to the United States, through Europe and even Asia. Here are some of them.

Hernán Arbizu: the fraud of a senior executive

In June 2016, the Argentine Federal Police arrested Hernán Arbizu, former vice president of the JP Morgan Chase bank, in a house in the Belgrano neighborhood of Buenos Aires.

Arbizu had an extensive career as a banker, holding various positions in the world's most prestigious banks: Citibank, Bank Boston, Bank of America, UBS and Deutsche Bank.

Arbizu left each bank with a vast list of data including usernames and company names. Accessing this privileged information, which he then used to contact potential clients, brought him juicy commissions as a reward.

When he became Vice President of JP Morgan Chase, Arbizu continued to secretly manage different bank accounts from different banks in which he had already worked. He was also carrying out unauthorized bank transfers. Through them he was laundering the money of some of his clients in Argentina, by moving the assets to tax havens.

When the situation became untenable, Arbizu extracted confidential information from the bank and used it as evidence to report JP Morgan Chase for tax evasion.

Eventually, the banker's complaint turned against him, resulting in his own extradition to the United States, accused of fraud, money laundering, identity theft and fraudulent transfers.

Although this case appears to be an isolated personnel action, the truth is that much of the responsibility fell on the bank itself.

Lack of oversight and poor financial risk management within the bank allowed Arbizu to operate comfortably to set up an asset laundering and tax evasion scheme at the expense of the financial institution's own resources.

With a sad look and the appearance of an old man, when he speaks, Bernard Madoff moves his hands like a snake charmer. He swings them in the air and rocks them like an orchestra conductor. He pauses for a moment and, in the meantime, crosses the fingers of both hands to stop and think about what he will say next.

Behind that harmless face and the grandfatherly gaze that calculates every word, hides the brain of the biggest financial scam ever seen in the United States.

USD 64,000 million, 13,600 people swindled and several suicides, including Madoff's own son, are the result of an unprecedented pyramid scheme, a financial scam that looks like something out of a film.

The supposed multimillion-dollar trades that Bernard Madoff was carrying out on Wall Street were nothing more than an illegal money-raising system that worked by adding new "investors" who contributed capital to pay off the old ones.

Madoff was using JP Morgan Chase accounts to conceal his transactions. However, the outrageous amount of money and the enormous volume of transactions seemed difficult for the bank to ignore.

In spite of this, some of the bank's employees ignored the warning signals triggered by the scammer's transactions and failed to report the suspicious transactions in a timely manner. In addition, the bank's money-laundering policies seemed very flexible or were not implemented as thoroughly as required.

These were the arguments of the U.S. financial authorities when it ordered the bank in 2014 to pay a sum of USD 1,700 million dollars to compensate the victims of the pyramid built by Bernard Madoff.

On the verge of bankruptcy, Bear Stearns was acquired by JP Morgan in 2008 with the authorization of the U.S. Federal Reserve.

Bear Stearns had gone bankrupt after making large investments in subprime mortgage securities. These mortgages were granted to people with low financial solvency or who did not have a stable income, i.e. high risk profiles. For this reason, the banks were insuring the investment by charging high interest rates or by seizing the properties that were mortgaged, a vicious circle driven by unpayable loans.

Through misleading information provided by bank employees, many of these mortgages were offered as secure investments.

Thus, subprime mortgages, which were granted to people who could not afford them, created a false appearance of growth in the U.S. real estate sector, but when the bubble burst, it wound up affecting the global banking system.

When those mortgage securities lost value, Bear Stearns owed more than USD 48,000 million, and confidence in that bank declined to the point where the bank had to file for bankruptcy.

That was when JP Morgan Chase appeared on the scene. Although this bank also participated on its own account in the subprime mortgage housing bubble, its influence in the 2008 crisis increased after buying Bear Stearns Bank to save it from collapse.

This blemished JP Morgan Chase's reputation as an organization and caused its credibility as a financial institution to diminish significantly. That is why this bank was sanctioned with a fine of USD 13,000 million dollars for engaging in bad practices.

By the end of 2017, JP Morgan Chase was under investigation by the financial authorities of Switzerland, Singapore and the United States, all on account of the 1MDB (1Malaysia Development Berhad) scandal, a state investment fund belonging to the Malaysian government.

Specifically, JP Morgan Chase is accused of failing to identify money laundering risks associated with transactions between business and personal accounts of this state fund.

In one case, billions of dollars were transferred from the 1MDB fund account, allegedly to buy a business, to the personal account of an individual close to a company associated with the Malaysian fund.

JP Morgan Chase did not question the origin, purpose or procedure of this transaction, which involved an extraordinary sum of money. It also approved inconsistent customer data without first conducting a rigorous review thereof.

For now, the U.S. bank will not be fined, but the mismanagement of money laundering risk and the poor segmentation of its customers were unmistakable.

Like the 1MDB case, many of the legal issues JP Morgan Chase has suffered in its history still have repercussions today. Some of them have not been settled or have negative consequences that seem permanent.

This shows that, when one risk materializes, it not only triggers others, as if it were a snowball, but can also have a long duration over time, leading from a lawsuit to a sanction, and from a fine to a bankruptcy.

That is why it is important for financial institutions to have tools that allow them to have good risk management and avoid future lawsuits, claims or million-dollar fines.

You can start by downloading our guide to warning signs for the prevention of money laundering below. This way you will be able to identify unusual operations that may harm your company. 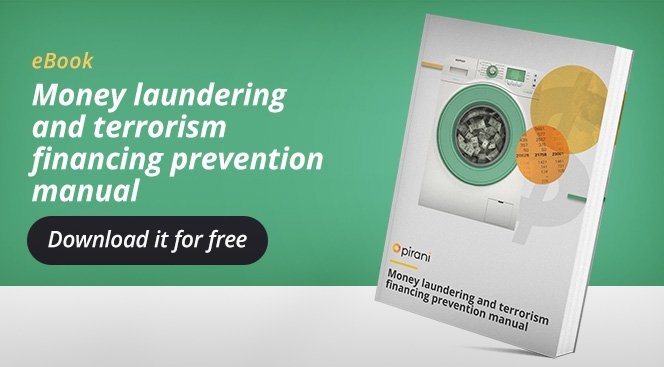 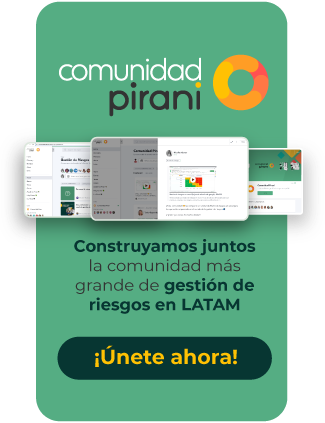 If you are a customer request help here →